A little catch up… September sucked and I was hoping it would be a good time for some serious fishing. It started brightly and over my birthday at the end of August I had a few days off. I managed to get out on the boat 3 times over 5 days. One day was perfect with plenty of fish smashing the topwaters. Me and Kory managed quite a few and mostly around the 3-4lb bracket. I hooked into a better fish only for the new singles that I had put on the patchinko to let me down. Gutted! 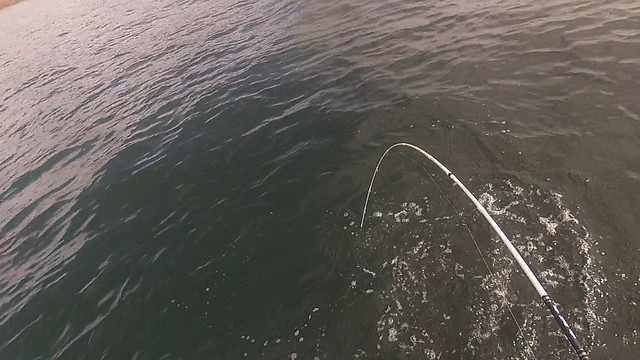 Another day saw me get Blair out on the boat over some local ground. Things certainly weren’t as good as I had hoped but we still managed a fair few and I think Blair enjoyed it. 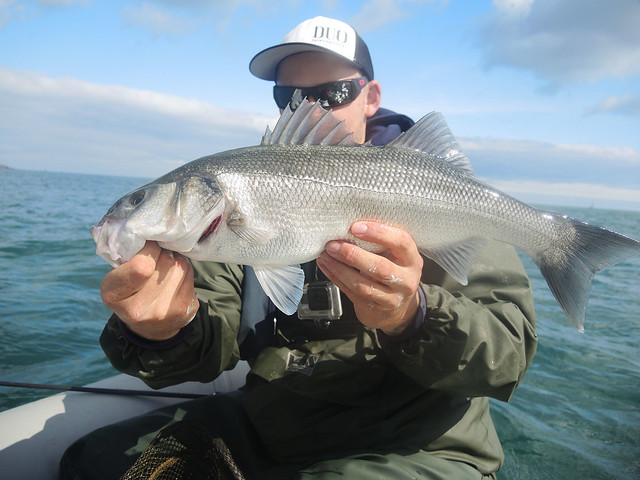 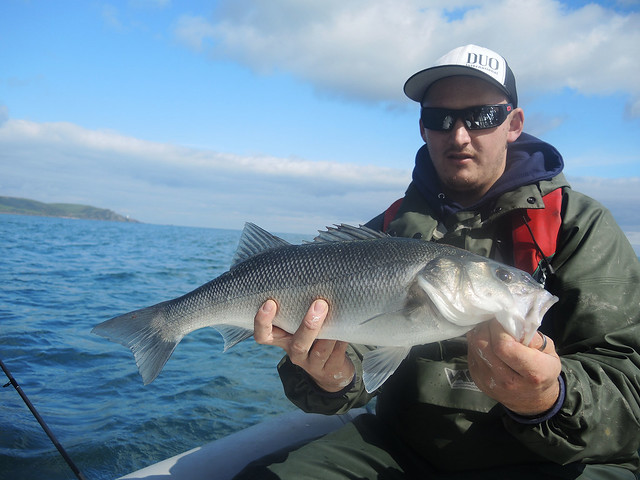 Blair with a couple of the best fish from the day taken on some new Illex shads!

The last day saw me and Tim hit a new reef. There was fish everywhere but the wind swung around SW and made life a bi difficult. We still had fish smashing the lures on the surface but not so many hook ups. Typically as we got back to port the wind dropped off again and with time left we headed up a local estuary for an explore. This is where the engine stopped dead! If it was going to happen anywhere, boy am I glad it happened here! I had to row a mile back down the estuary to get out but I was so thank full it happened at this point. A real eye opener for sure!

Soon after the engine breaking I bought a new car. This needed a little bit of work for it’s MOT. No problem I thought… This took a weekend and then as it was ready for it’s MOT the engine failed! Another week or so later it’s back up and running! Only for it too then fail on it’s MOT and need more time to sort it. This ruined my September and I just didn’t manage to get out.  The engine for the boat is still broken at the moment and I need to get that fixed asap for fear of missing the best time of the season!

After getting the car sorted I was mad keen to get out fishing as you can imagine. The nights have drawn in now and it’s time to hit the darkness again. Me and Blair had a tough night fishing, it was kind of expected with the NE offshore wind but I really wanted to try this mark. Nothing at all happened! Enthusiasm dropped and a little change of mark was needed. We moved around the rocks to another spot that fishes over completely different ground. We missed a few bites being a little rusty but eventually my reactions came good to land a reasonable fish around the 50cm mark. 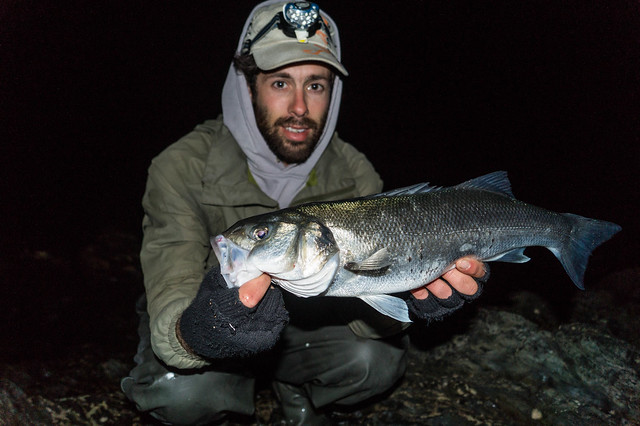 Thanks to Blair for the photo

A session with Dave at least showed a good fish, he nailed this 66cm beast in some really shallow water and gave him a blistering run. The fish was in prime condition and really good to see. 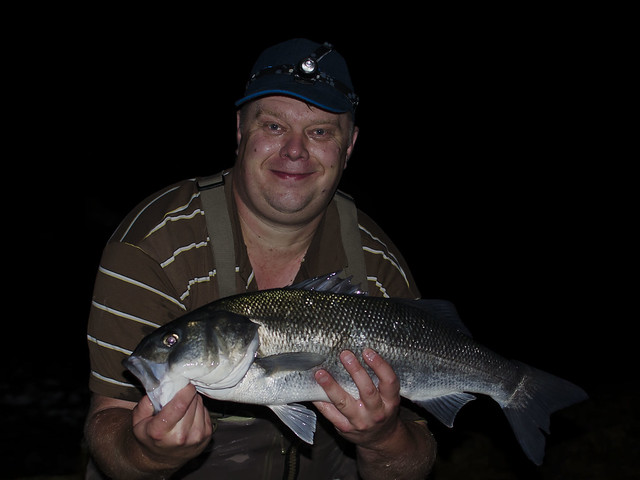 I managed another 50cm+ fish on a white Do live shad fished on a 2gm 5/0 hitchhiker hook. This lure proved to be the perfect answer for me to be able to fish over the shallow ground nice and slow and still have plenty of contact. I missed another two bites later that night due to having to change to a 3/0 as I lost the first lure. 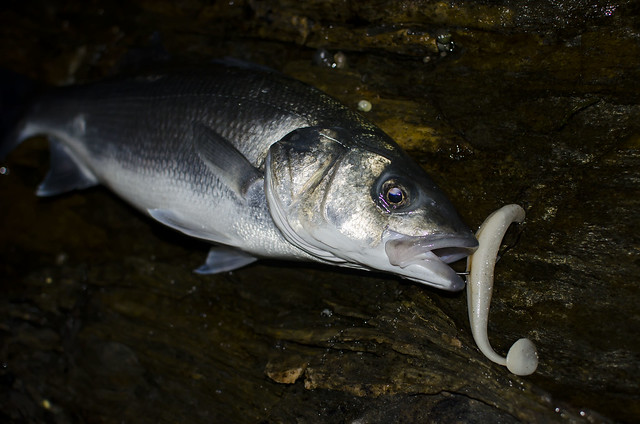 This lure went on to be productive for me once again. Me an Blair fished an early morning so as to avoid the dreaded full moon. It was out of sight as we approached high tide. This gave us an hour or two to fish pitch black before the sun came up and it proved worth while. I managed a smaller fish to start and then managed this 55cm fish soon after. 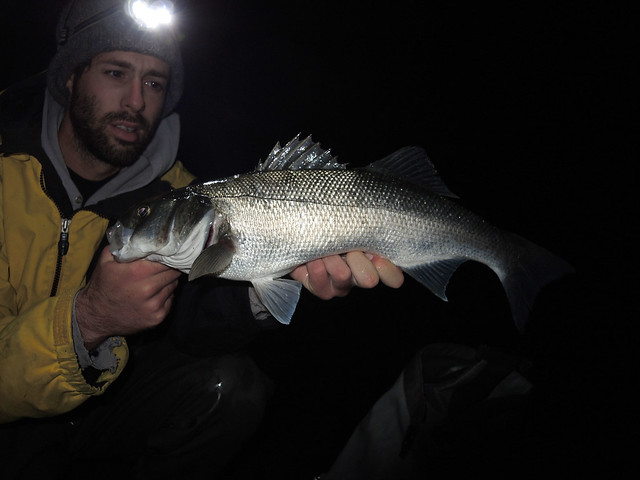 We fished the ebb tide in daylight and I managed another fish around 50cm on the Duo realis 110 as we where fishing some fairly deep water with some horrible wind chop. This lure has proved to be ideal in these conditions through the year. 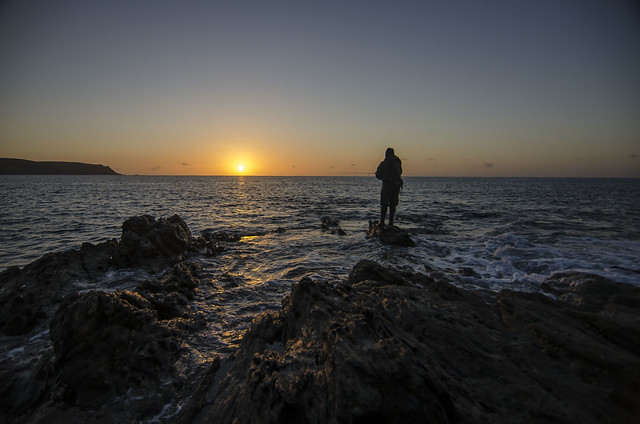 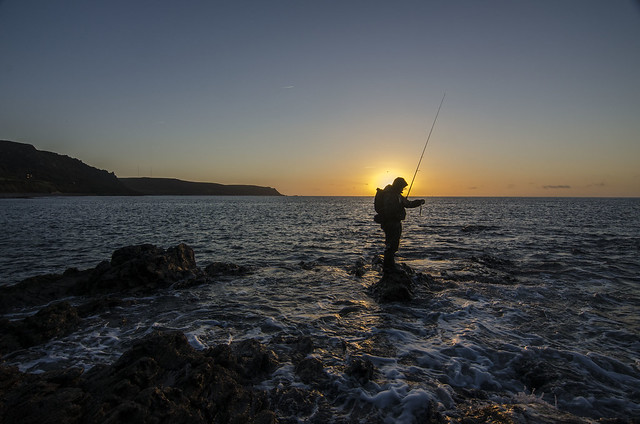 That’s supposed to be a bass not bass food (Launce)

I got out the other evening on my own to fish the rise up to high before the moon came out. Conditions couldn’t have been much better and I felt confident but it just didn’t feel like it was going to happen so I cut the session short. This wasn’t a good start to October but I’m confident I’ll be able to find some good fish through this month. For me things always start to go down hill after October so I’m planning on playing a little catch up to try and make up for September.