Apologies to any readers for the lack of updates recently, I have been really busy and any free time I have had, you guessed it… I’ve been fishing. With not a lot to shout about. I have had my fair share of blanks though they have mainly come from the daylight hours where I have been trying to get back into my surface fishing.

The night sessions have still been producing fish for me more readily through June and I have taken quite a lot of small fish up to 55cm. Compared to last year it’s great to see more small fish as a third of the fish I caught last year where 3lb plus and this year it’s more like 1 in 8. I have also been rather unlucky and dropped any good fish I have hooked.

One night saw me and Tim fishing a shallow reef. It was flat calm and crystal clear but to shallow to fish soft plastics. Tim opted for his new love the Komomo 90 and I fished a favourite hard plastic of mine the Seaspin Buginu 105 in ACC.

Tim started off with a schoolie and I soon followed suit. Soon after though he had an interesting take as the the rod just slowly went around in his hand. The result was a cracking 66cm Bass! 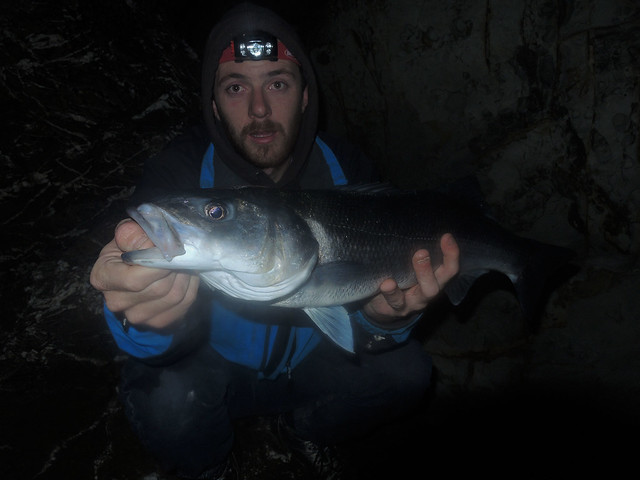 I then proceeded to hook a good fish just a few turns in of the handle, a good scrap ensued but the hooks pulled half way in. A reason I often fish Soft plastics most of the time, I hardly ever loose a fish once there hooked. After this I landed another schoolie but it was no consolation for the lost fish.

Another night we moved around the coast to try a few different marks but still not a sniff in the daylight. We hit one of our favourite night time marks but the conditions weren’t ideal. The water was coloured and there was a nice swell and a horrible strong side wind. I fished a white wave worm that I have modified with a one up shad tail on a 12gm big bite weedless head. I felt this lure would give me the presence needed given the conditions. I fished with the rod tip down so as to maximise feel to the lure and being weedless I had no worries of snagging. Not that I needed the feel as my rod slammed over. Not a big fish but a welcome blank saver on a tricky night. Tim landed a couple while I was photographing the fish and trying to get to grips with my new camera. 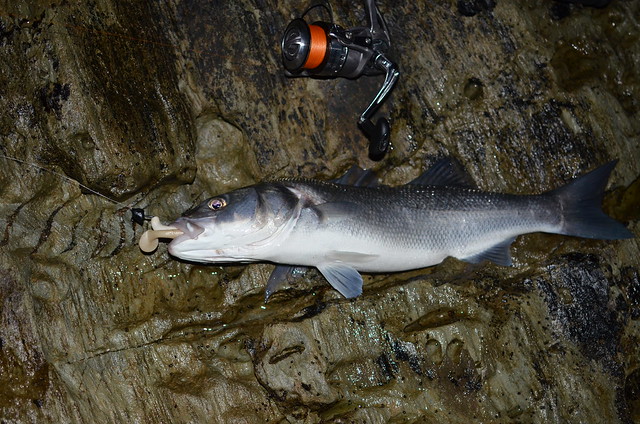 A couple other sessions showed more fish and another dropped good fish for me but this time it was on a Soft plastic! My luck has surely ran out…

We where met one night with crystal clear water and no wind, Tim fished his trusty komomo 2 90 and managed a couple of fish but I ended with the biggest around 53cm and another 50cm fish. I fished a favourite soft plastic of mine for these conditions. The Seaspin Bikoa in white mounted on the Xorus Pare Choc 9gm jighead. It casts really well and is still light enough to fish over pretty shallow water. I really like the silhouette this lure gives off and it’s subtle vibrations are still good at attracting the fish in. 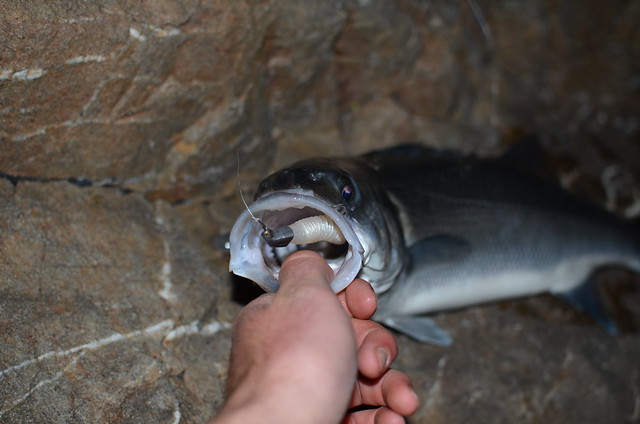 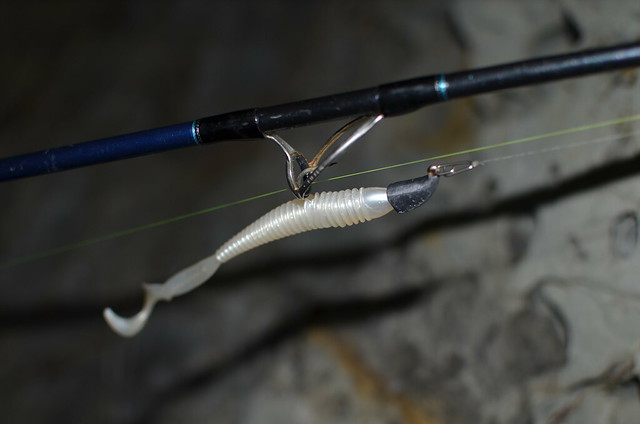 Here’s a few more photo’s, I’m still trying to get to grips with my new camera so there not anywhere near as good as they should be and taking photo’s of fish you have to be quick. I’ll get there the more I use it. I’m still a bi nervous taking it on the rocks atm. 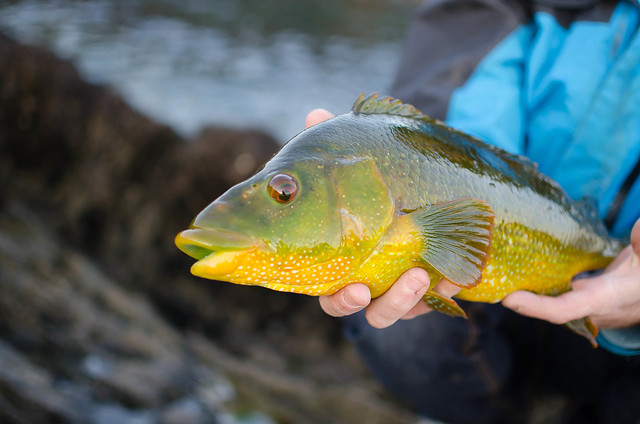 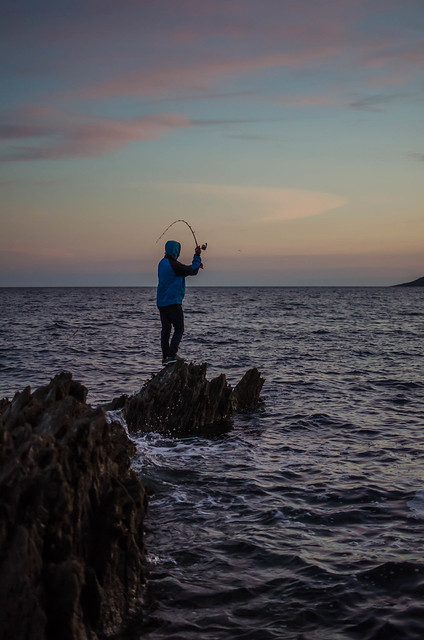 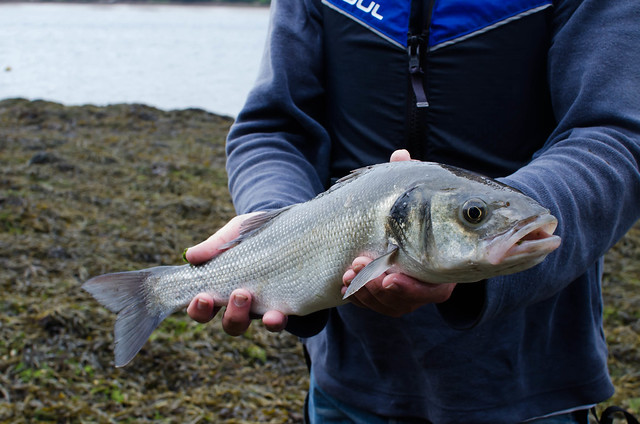